I had just done a video in our facebook group basically begging all my sweet single gals not to settle in dating. As I told stories of others that I was watching make some seriously bad choices (of which I came dangerously close to myself!), I unloaded this burden I had been feeling to scream “God has so much better for you in mind!”

Everyone who commented was thankful for the challenge and reminder that it was worth it to wait for a Godly man. Then one comment stopped me dead in my tracks. 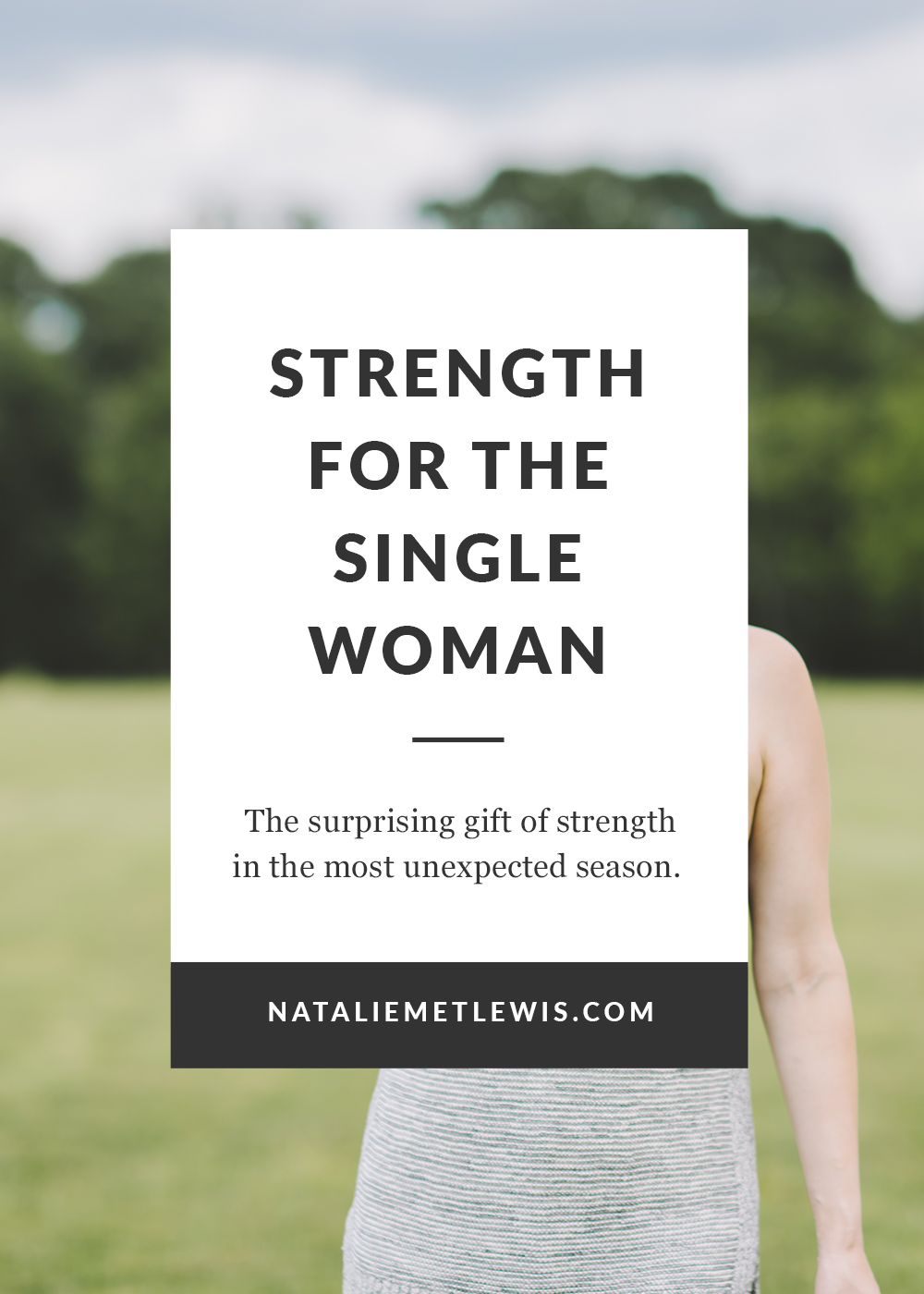 Her comment brought me back to the reality of life as a single woman. I was preaching pretty hard about the consequences for settling for less than God’s best. I worked hard to convince my girls that being alone was a better situation than being with the wrong person, but Katie quickly made me realize that just like anything, knowing the right thing to do, isn’t the end of it.

You may know something is the better choice, but it will take courage and strength to choose it sometimes. Especially when the alternative seems to just fit in so easily.

Maybe you are sitting in the same position. You might know that there is something better out there, that it’s past time you had that “talk”, and left that relationship behind, but you can’t for some reason.

The truth is that the strongest I have ever felt in my life, was as a single woman. There was something really unique about the confidence that comes when I made the conscious choice to be alone. Feeling completely unaffected by the pressures to date and marry, gave me a sense of freedom that I still can’t fully explain.

When I CHOSE singleness over dating the wrong person, I felt so fearless!
I was choosing the unknown path over a something I knew and it was exhilarating to think of the future possibilities.

When I went places alone or went on that trip as a fifth wheel (one of my favorite trips ever!), I actually felt more confident than ever before.
I knew that I was complete, not lacking anything or relying on anyone else to fill in the gaps for me.

When I made the decision to take a break from dating right before turning 30, I felt a sense of control over my future.
I wasn’t in control of what my future held, but I was in control of who I was trusting to hold it.

When those seasons looked really different from everyone else, I felt special.
I was being set apart for a unique purpose and it looked nothing like the world expected of me.

When I no longer feared the possibility of long-term singleness, I felt the most free I ever have.
I was no longer trapped by the illusion that happiness comes only with married and knew that I could be happy with lifelong singleness if that is what the Lord’s plans were.

Choosing any narrow road, takes strength. When we walk a path that is not the common one, it will require courage. And making the decision to remain single (if thats God’s plan for you), will test you in those areas. But know that in choosing that path, you will gain a strength and courage, so unique to that season, that could only come from the Lord.

So I am adding this to my prayers for you ladies :
That you would be strengthened by the power of the Holy Spirit to withstand the temptation to accept anything besides His best for you. That you would be strong enough to be alone, for however long the Lord calls you to it. And that you would feel more confidant and strong as a single woman than you have ever felt before.