I cannot thank you guys enough for the sweet words from yesterdays post !!!
It is so fun to be able to share with you and I am humbled by y’alls support and excitement! 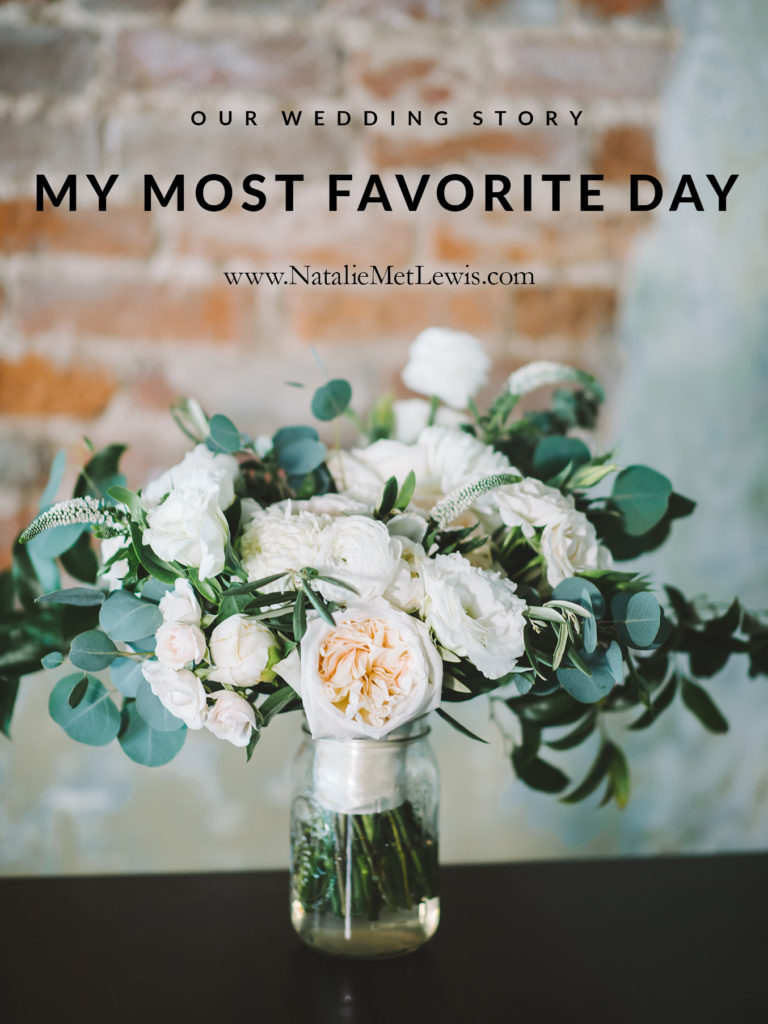 Y’all… we had the most beautiful weather for our wedding! In Louisiana, you never know if April is going to be rainy or feel like a hot summer, but it was sunny and in the 60’s.  It could not have been a more perfect day and I am embarrassed about how much I worried about it beforehand. It definitely showed me that God cares about the small things too.

The venue, Maison de Tours was gorgeous all on it’s own, so we really didn’t do a ton for ceremony decor. I had Alex from Prairie Letter the hand letter the backdrop after I saw one on her instagram and I love how beautifully it turned out. Our one splurge of decor items was the farmhouse x-back chairs. Once I saw them, I couldn’t get them out of my head. Luckily, because the ceremony and reception were in one space (our vendors and my besties reset the space in less than 30 min!) they actually did double duty as we used them for the reception too.

One thing is for sure…. the ceremony was full of tears!!!  From the MOH who probably never thought I’d get married to the best friends who realized this was our last wedding together! And the little one who didn’t get to hold the bouquet like she wanted to to the groom who realized he was about to get everything he ever wanted… me :) Seriously though, waterworks all over the place. But isn’t that really everyone’s goal???? I linked the video down below if you liked to see happy tears as much as I do.

What I learned from The Ceremony :
Be more prepared than you think you need to be for the rehearsal! (I am going to help you out with this later this week with a post for organizational tips, printables, and excel spreadsheets… all the heart eyes!) I had planned to get to the rehearsal early to go over things with the coordinator, but didn’t make it so we had to go over the lineup while everyone was there and it frazzled me! The parents and grandparents were sent down a whole song early, which wasn’t a huge deal, but it did mean people sat through another song probably wondering if they were witnessing a runaway bride situation.
Write your own vows!  I joked with Josh that I started writing my vows after our first date, which I sort of did, but honestly spending the whole engagement adding to the vows when thoughts hit me was really special. And lets just be honest, it brings the house to tears, which is everyone’s wedding ceremony goal, am I right? 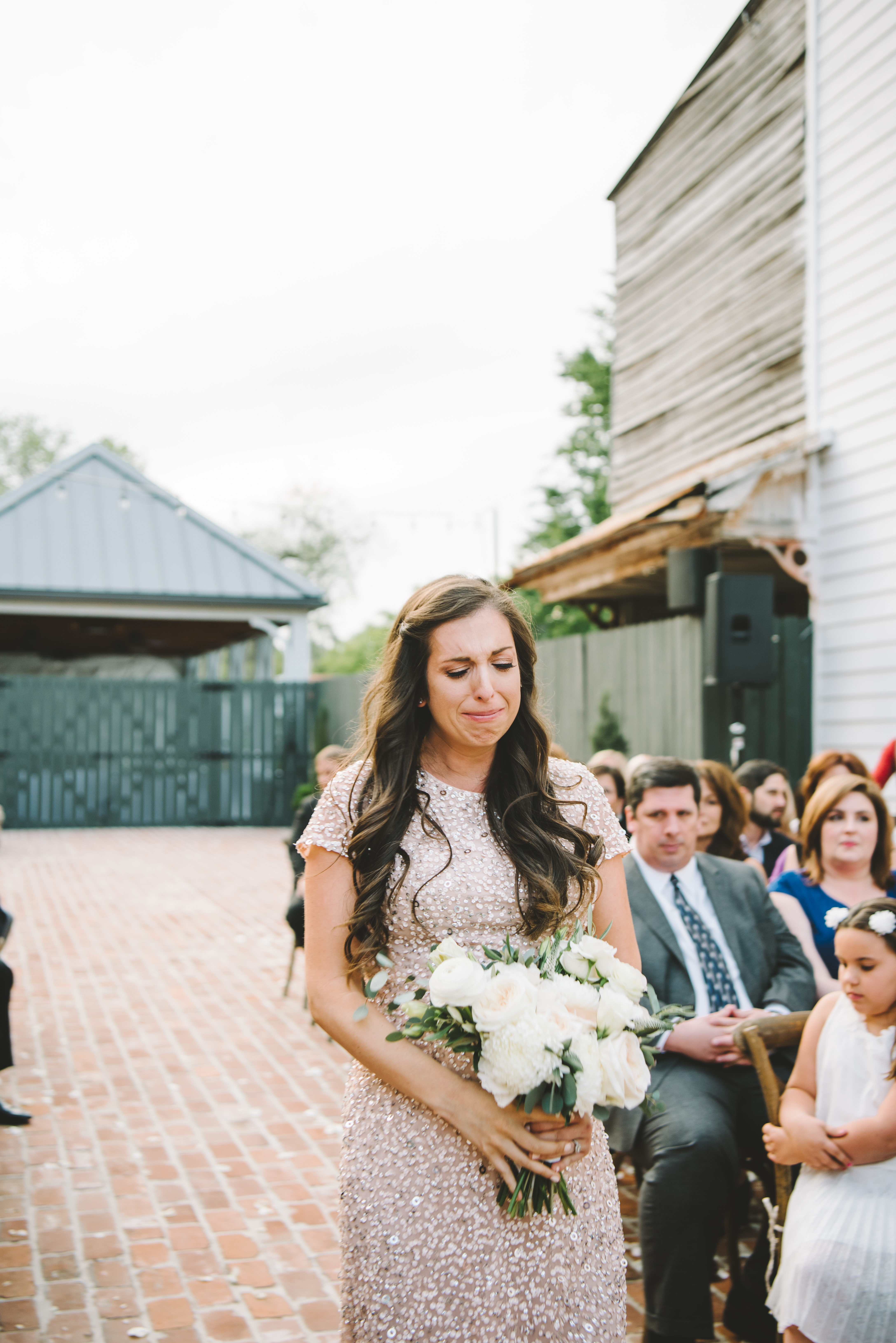 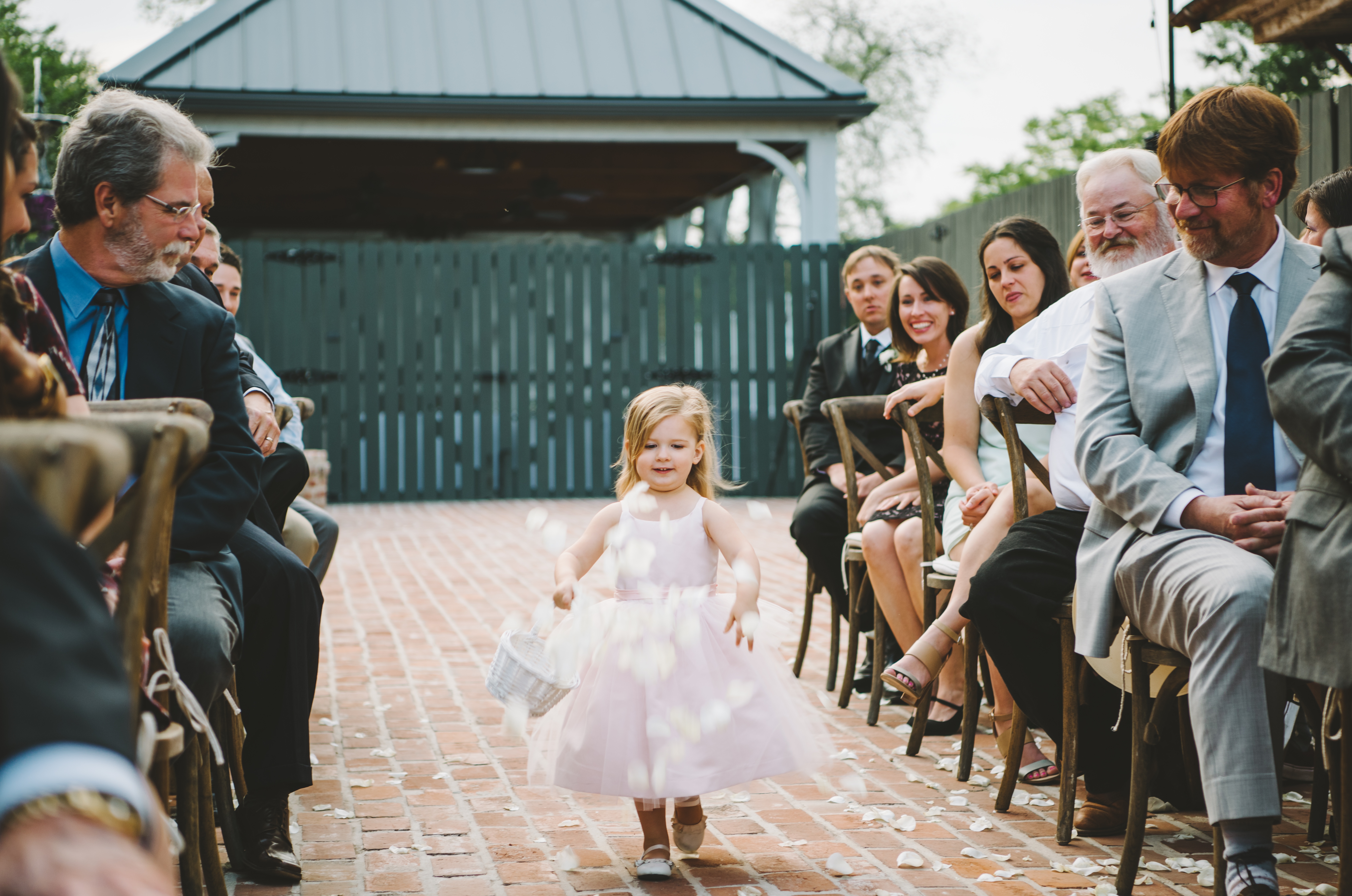 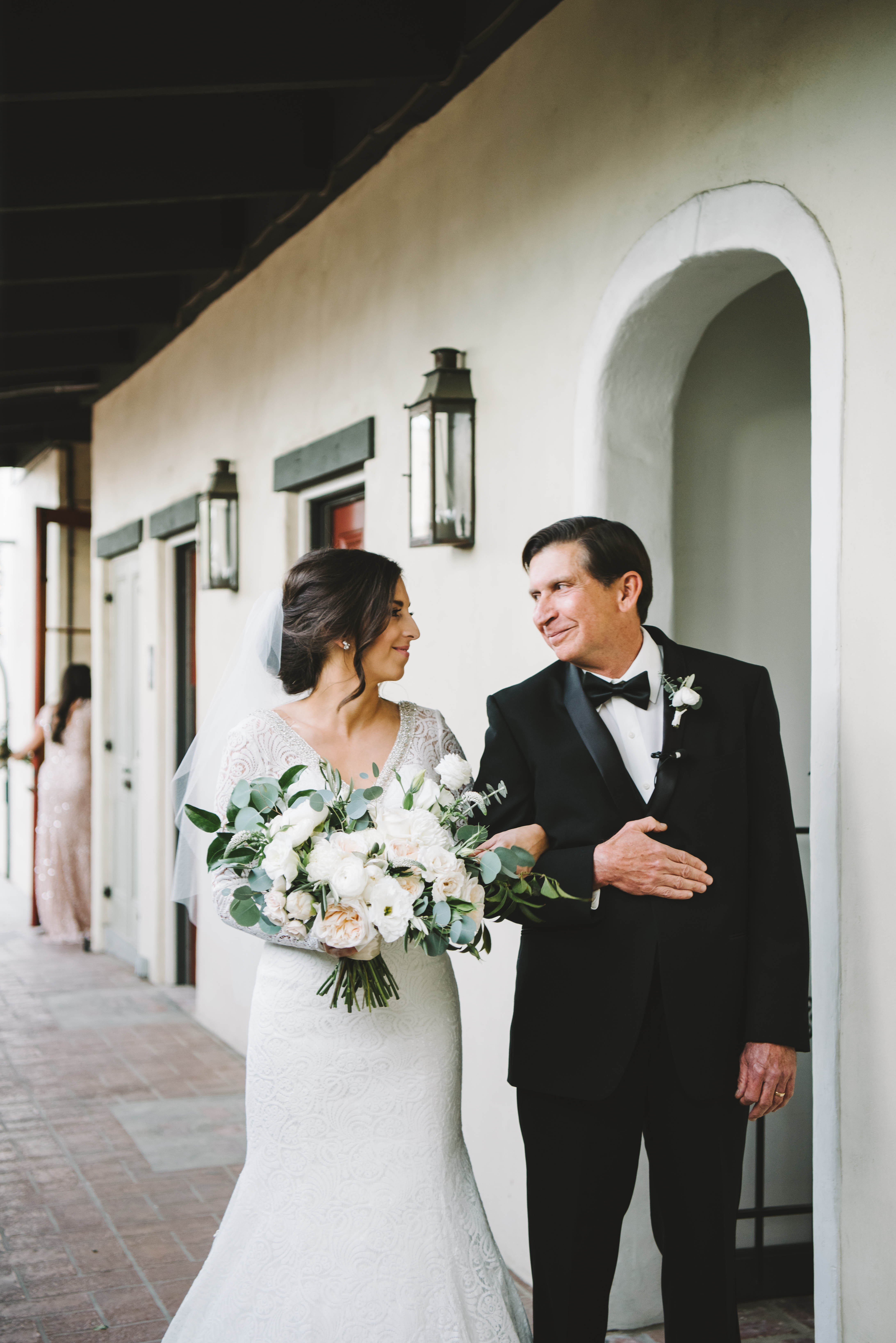 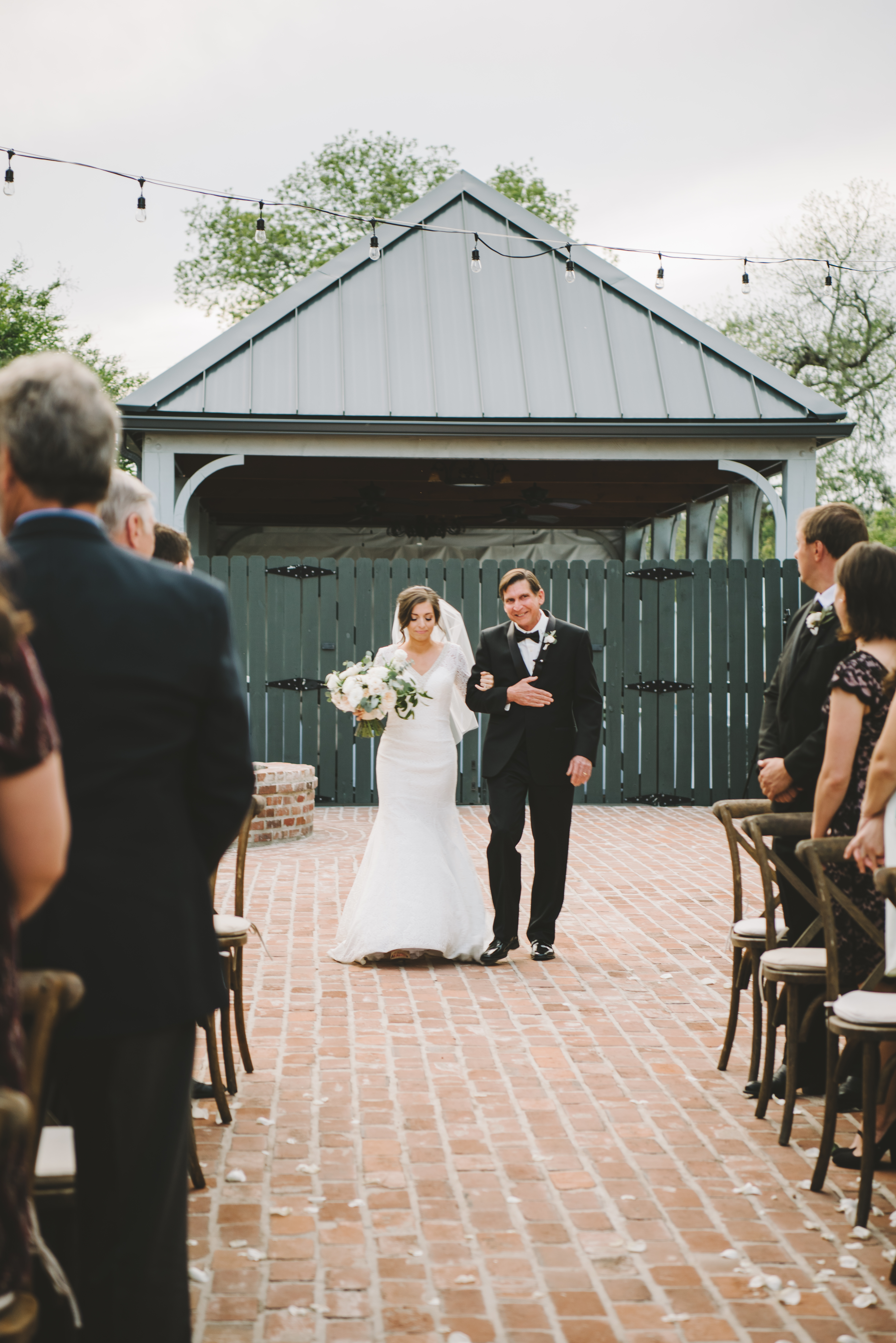 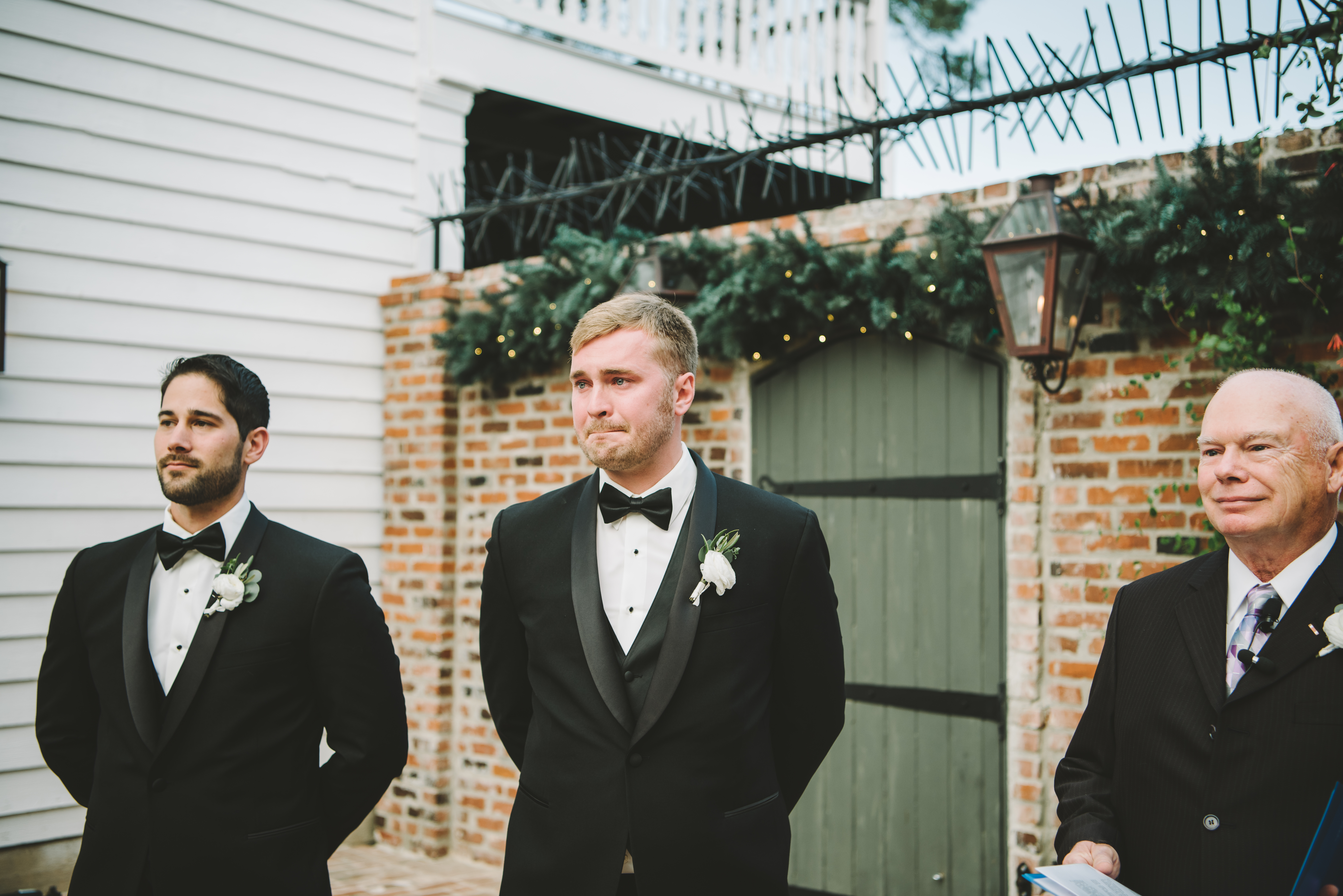 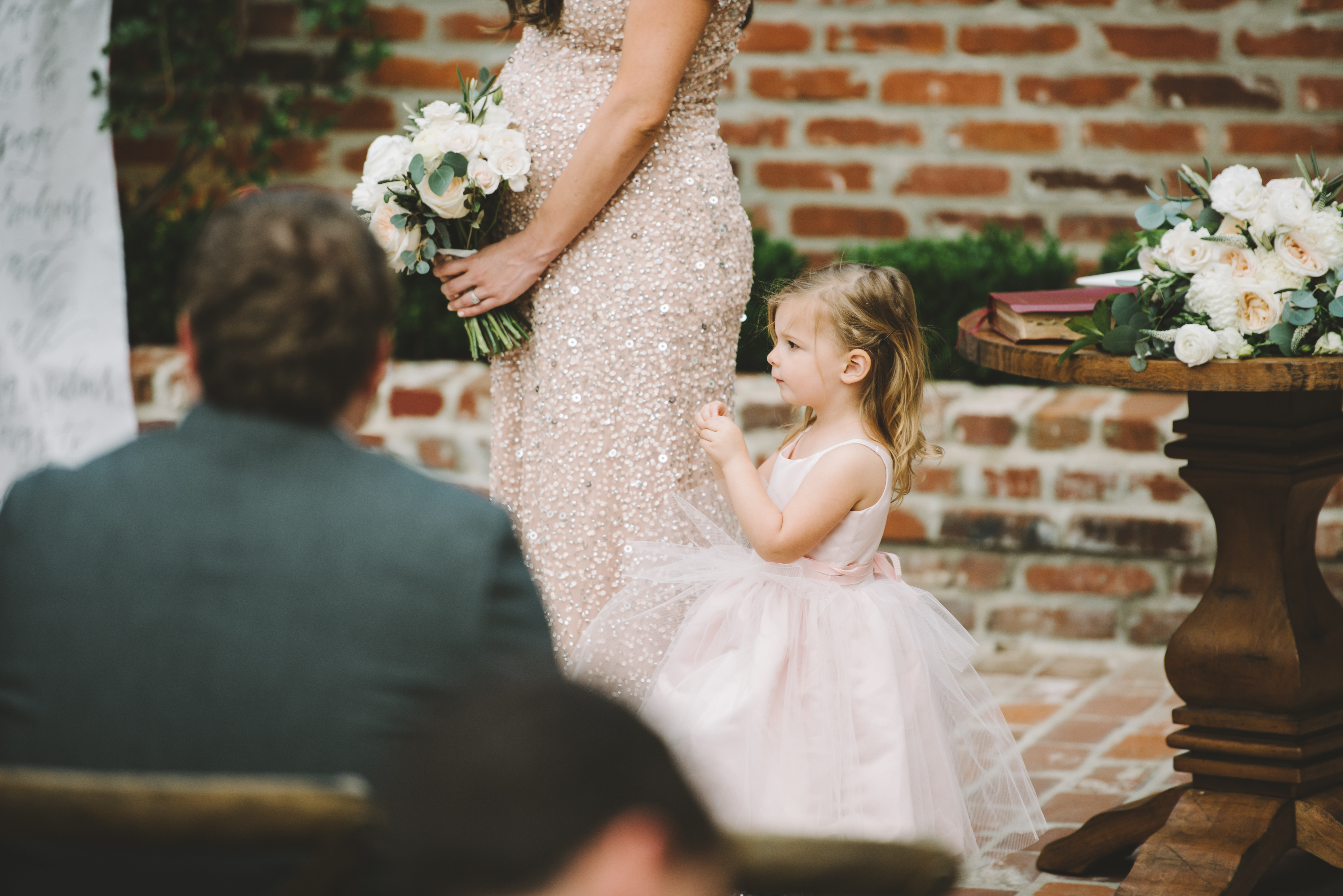 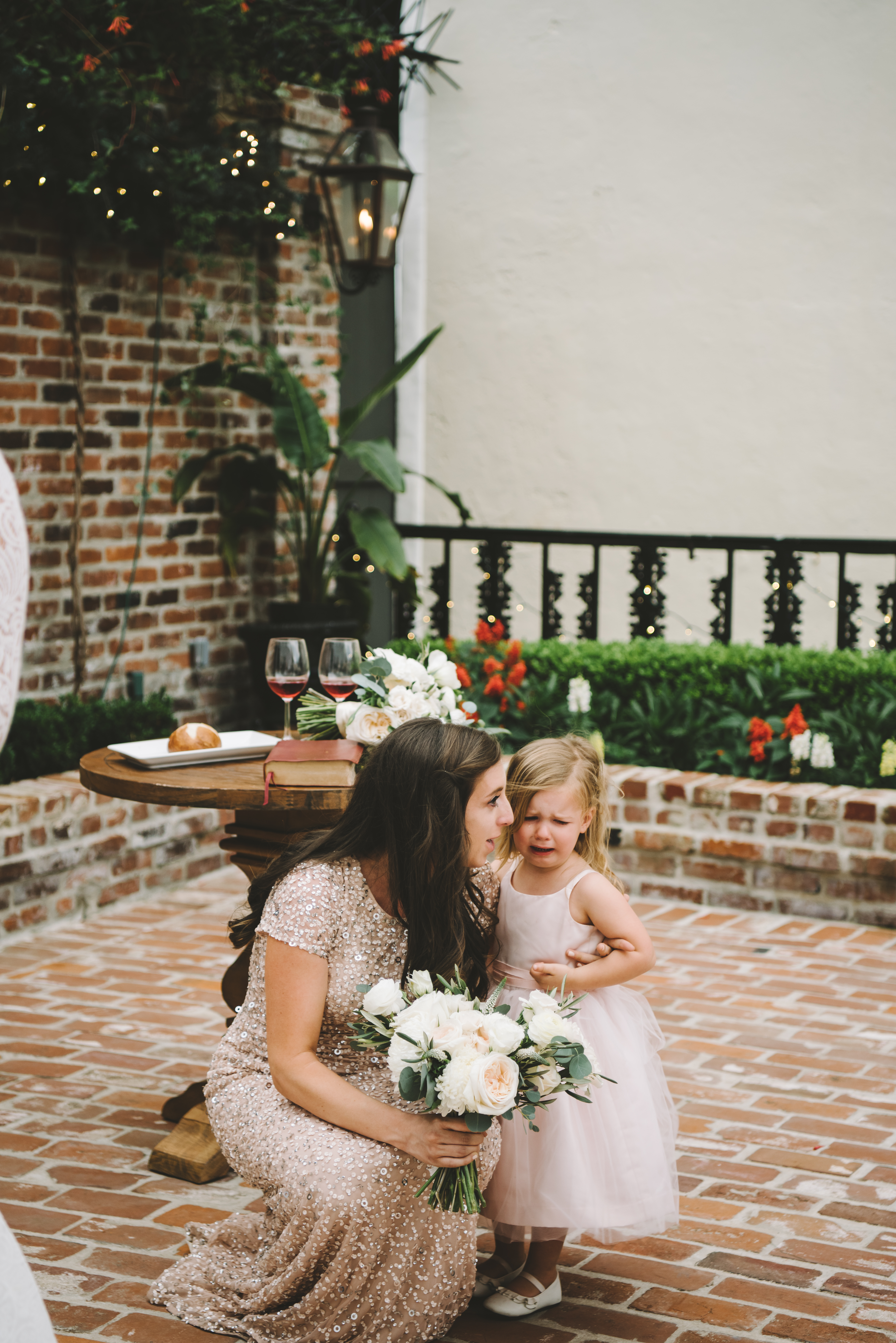 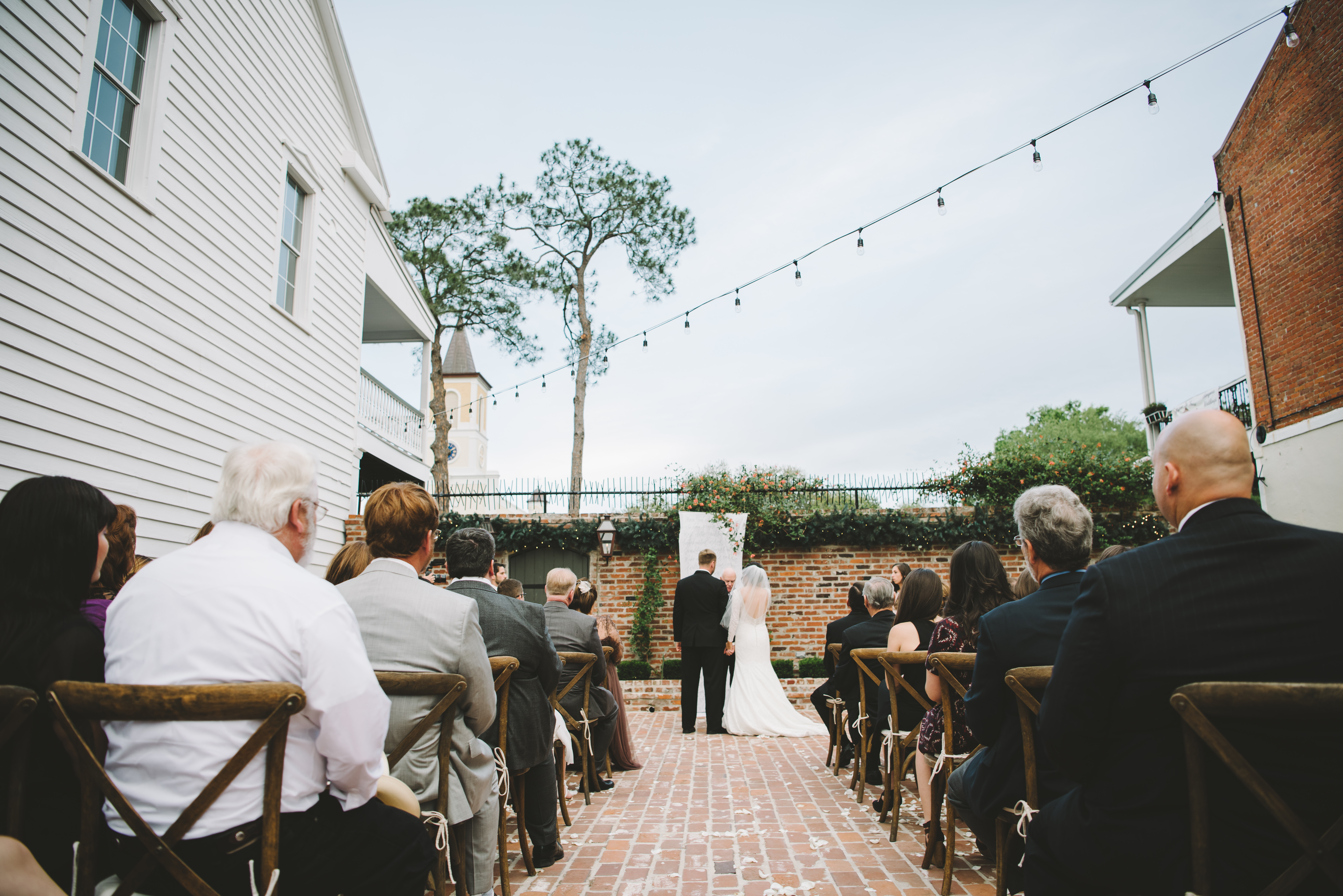 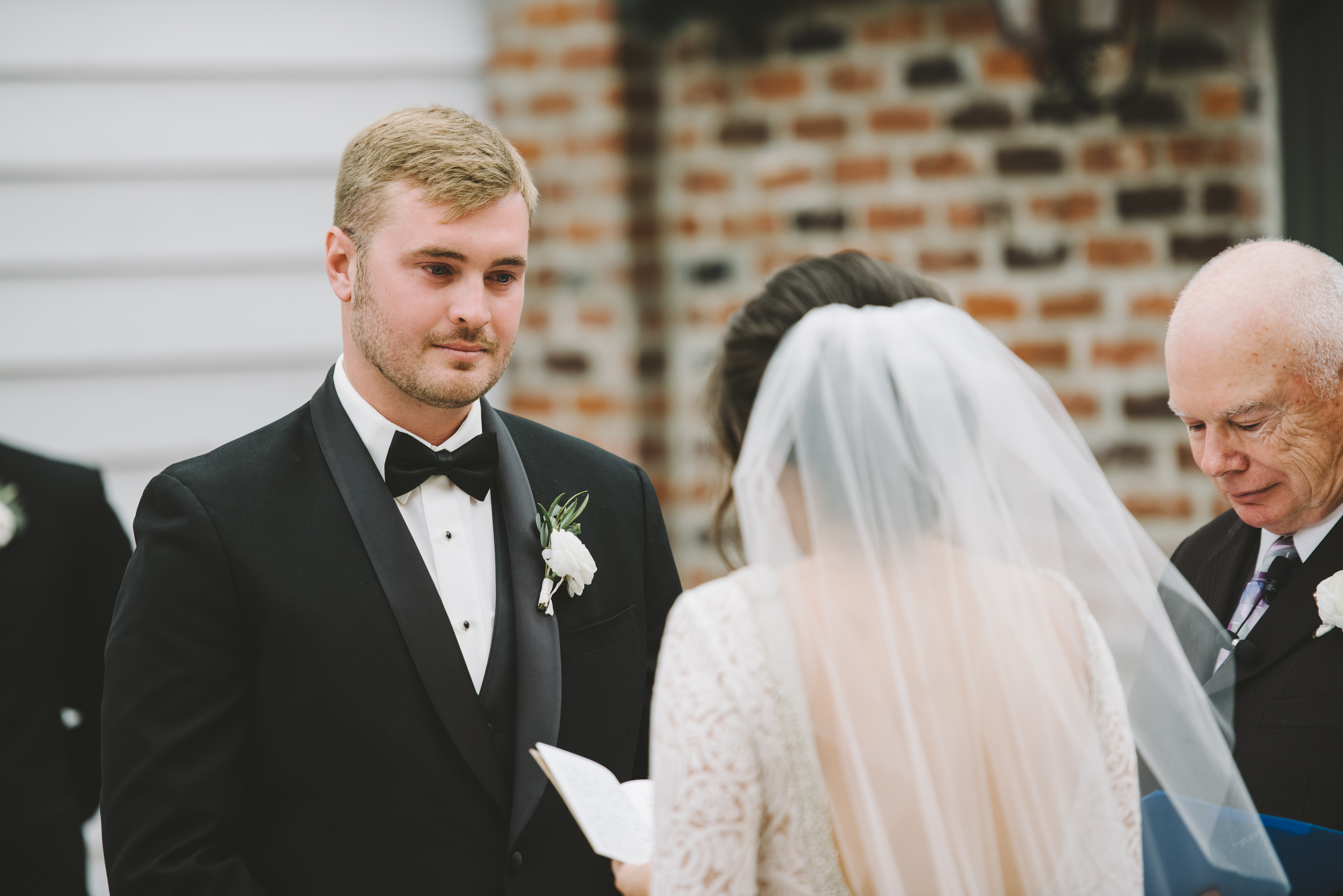 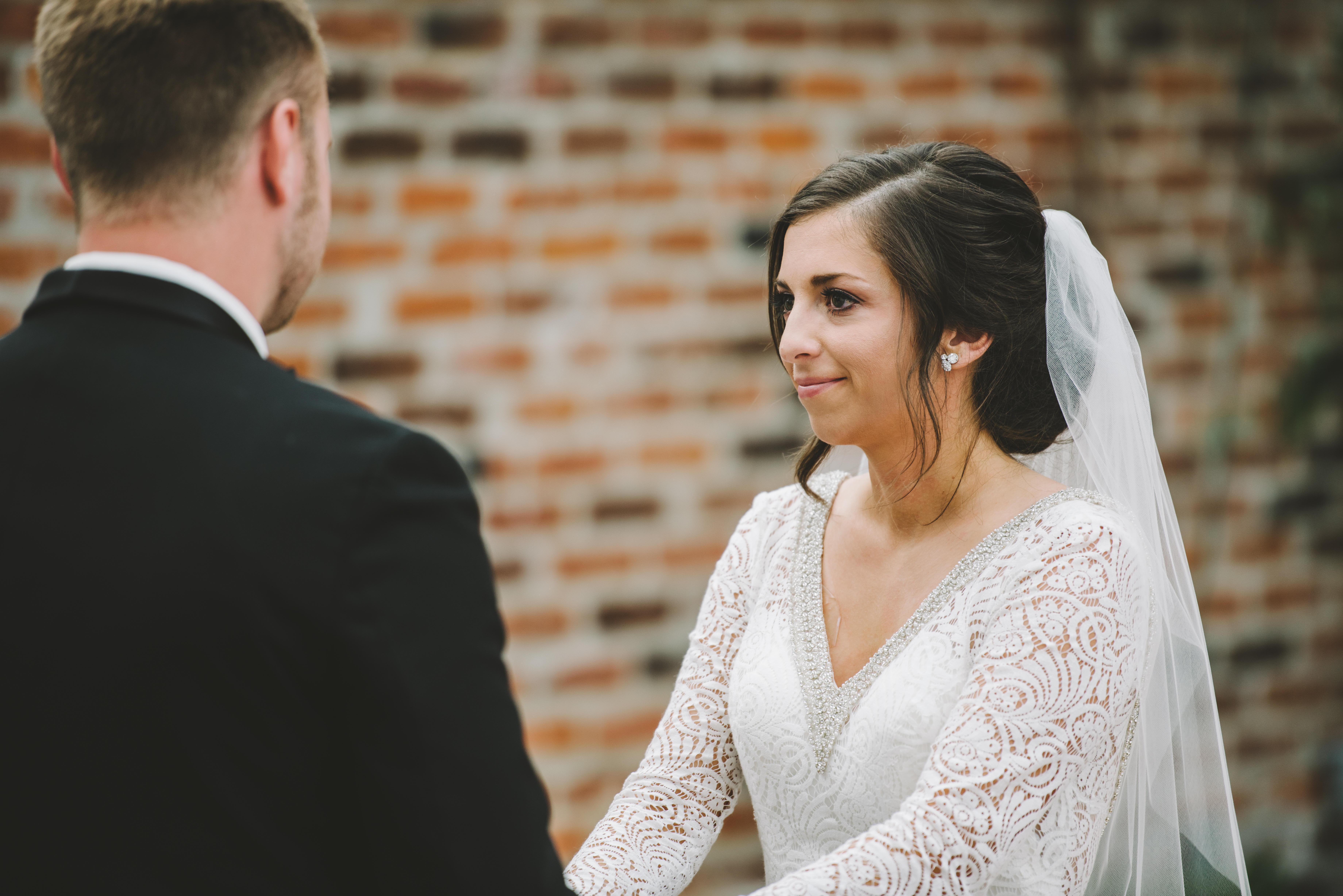 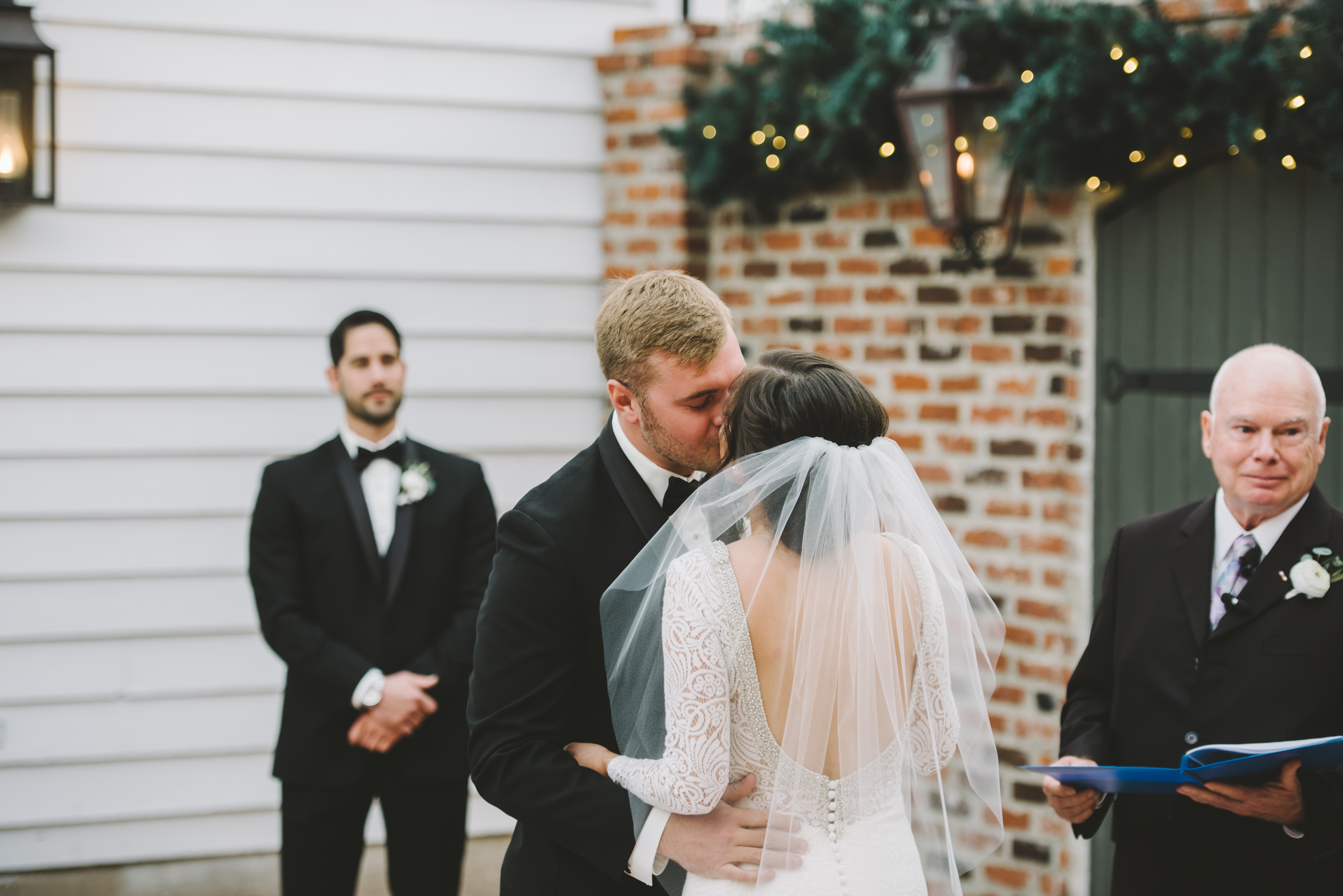 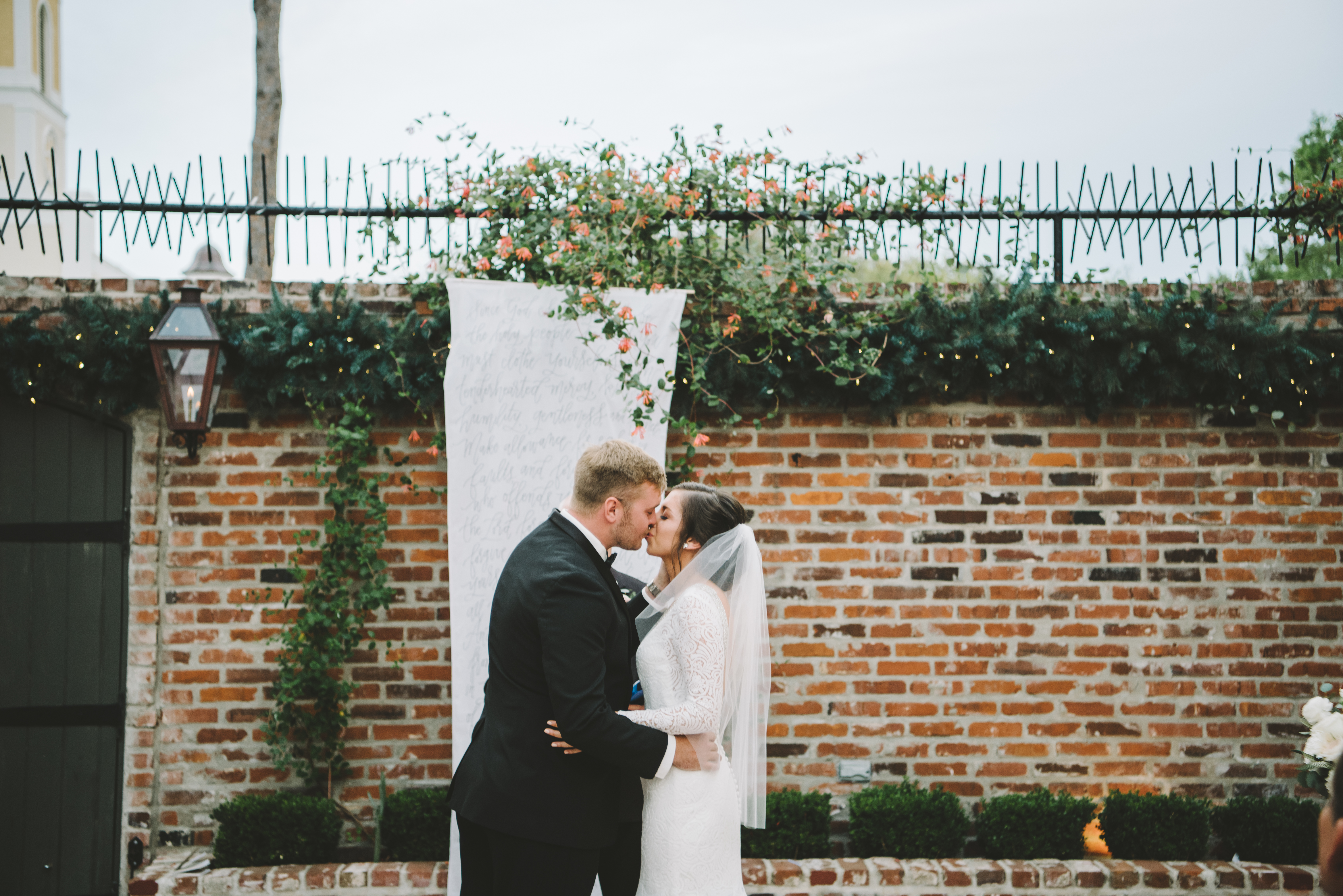 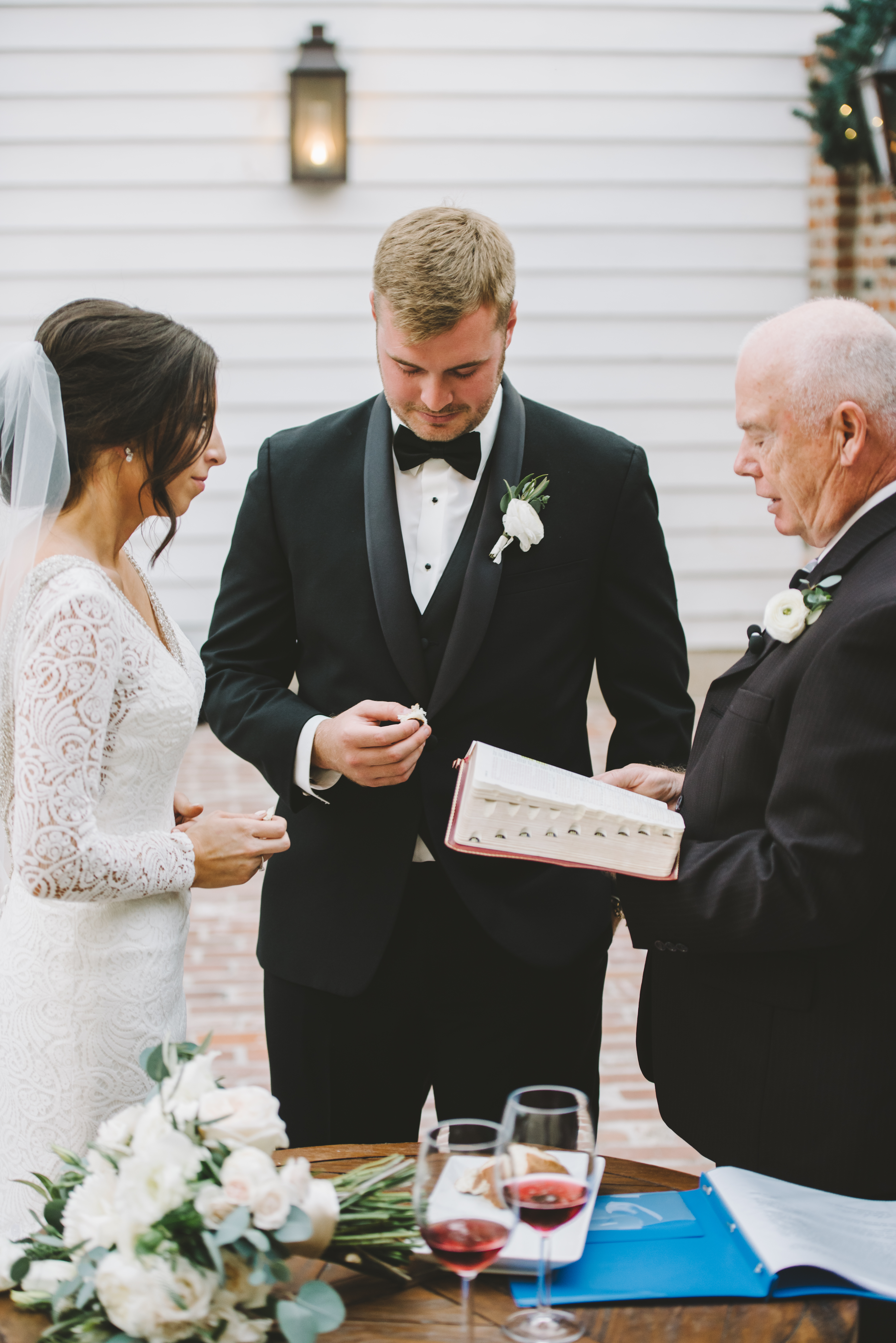 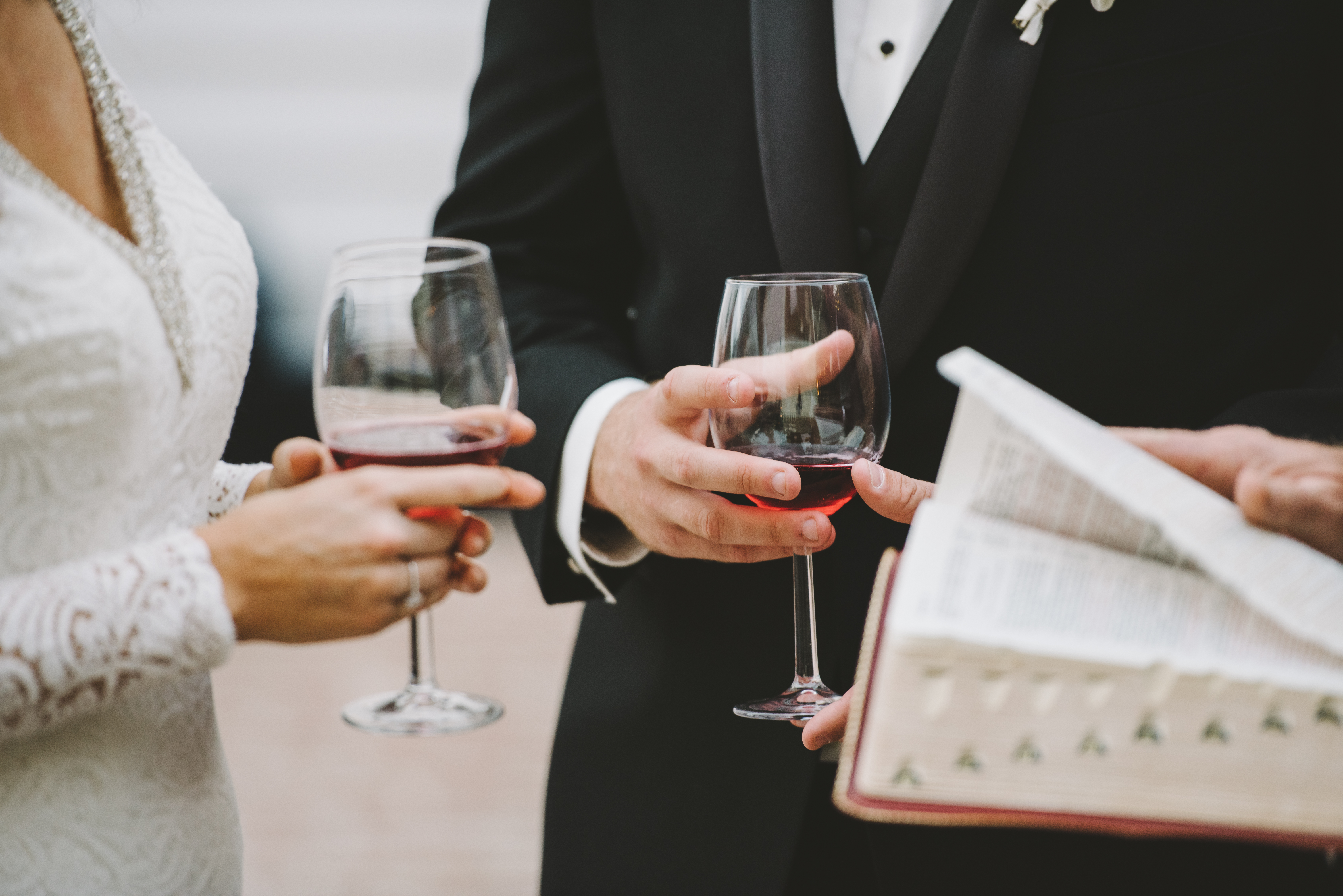 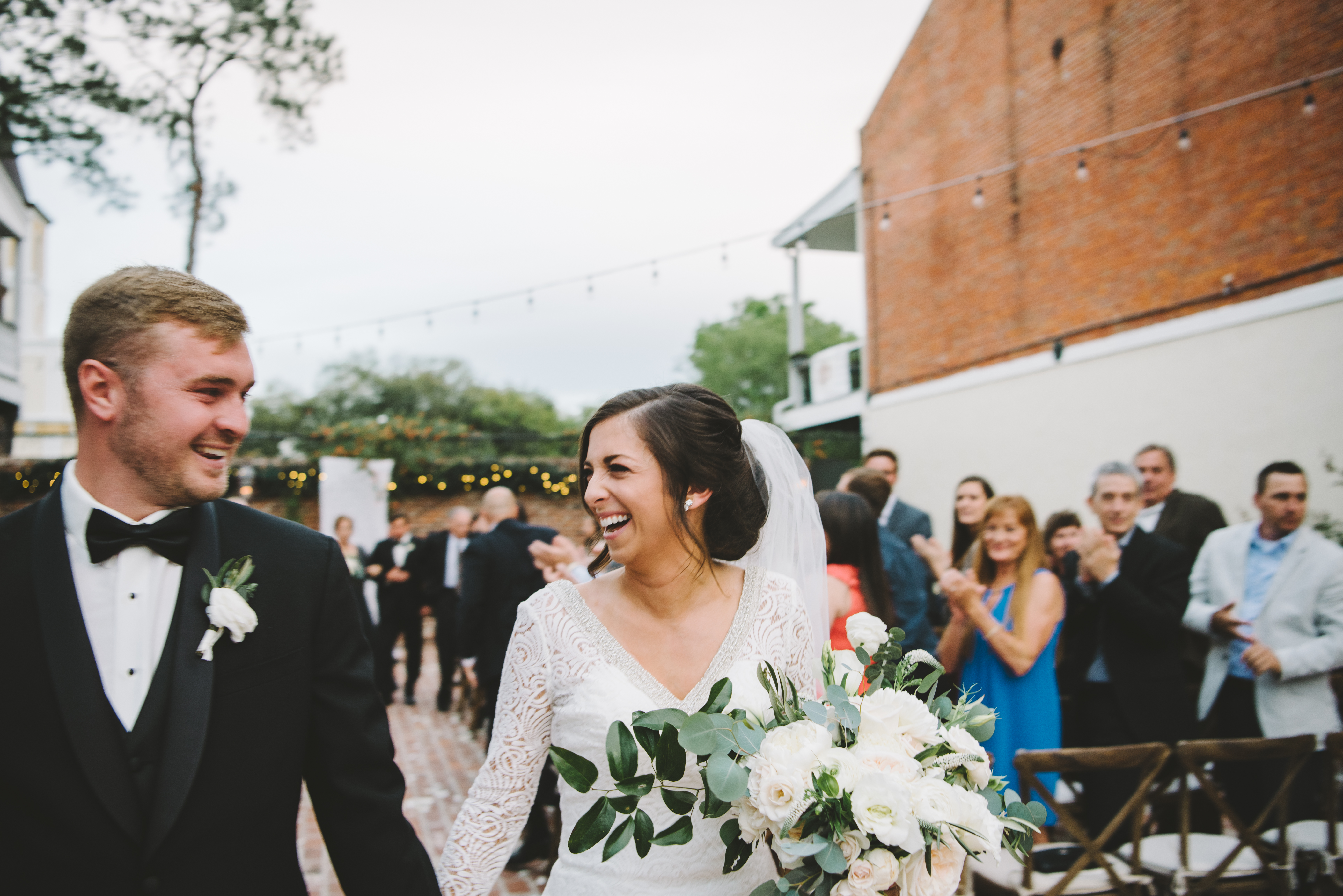 The reception was such a blast! There were so many great moments, but here are some of my favorites.
– Dancing with Josh to “Overwhelmed” by Big Daddy Weave. This song is so special to me. I was actually listening to this song in the car when I heard from the Lord that He had a special call for me and that I would share His word with others. It was seriously overwhelming and exciting to know that He wanted to use me after feeling kind of lost for so long. And just a few hours later I met Josh. I had know idea just how big God’s plans were that night, but I did know that leaving them in His hands was where I wanted them to be and He has proven so faithful through everything. Soooo yeah… Overwhelmed was just the perfect first dance song for us.
– Listening to the toast from Val & Derek! We were laughing and crying the whole time and I loved having our sweetheart table as a special spot for us to sit and listen. Also, when Vivi took the mic and said “I’m married to Joshy!” …that was pretty cute too.

What I learned from The Party :
Shorten the formal dance songs!
As sweet as it was to dance with Josh to such a special song, it felt sooooo long! We kept trying to give the guy the signal to cut it and ended up laughing most of the time. And the same for the parent songs. If you think about it, 15 minutes is a really long time to just sit and watch people dance.
Plan some surprises for the groom!
It was so fun throughout the planning to come up with little things to surprise Josh for the wedding and on the day it added a whole other element of excitement to see his reaction. Two things I surprised him with during the reception were the garter toss song (it was the song he and his best man were listening to the night they met me so they both died laughing when they heard it) and the last song (Josh loves Frank Sinatra and we were headed out to Grenada about 5 hours later so I played “Come Fly With Me”).  I also got an engraving on his ring (I was surprised to find out my jeweler did this for for free!) and the recessional song was a surprise for him too. 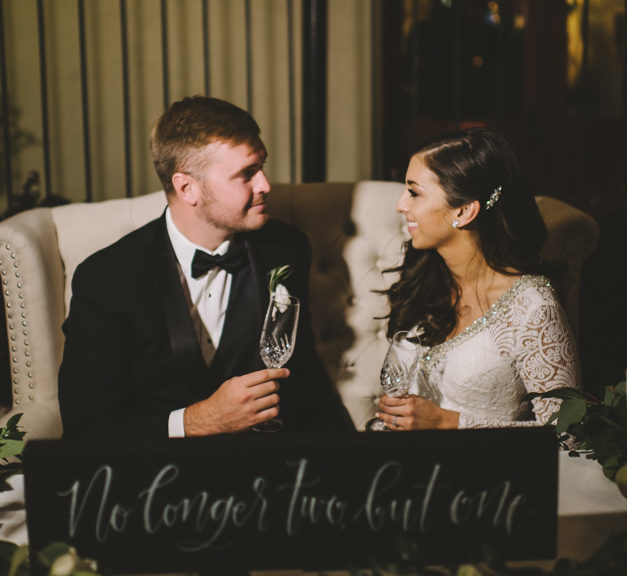 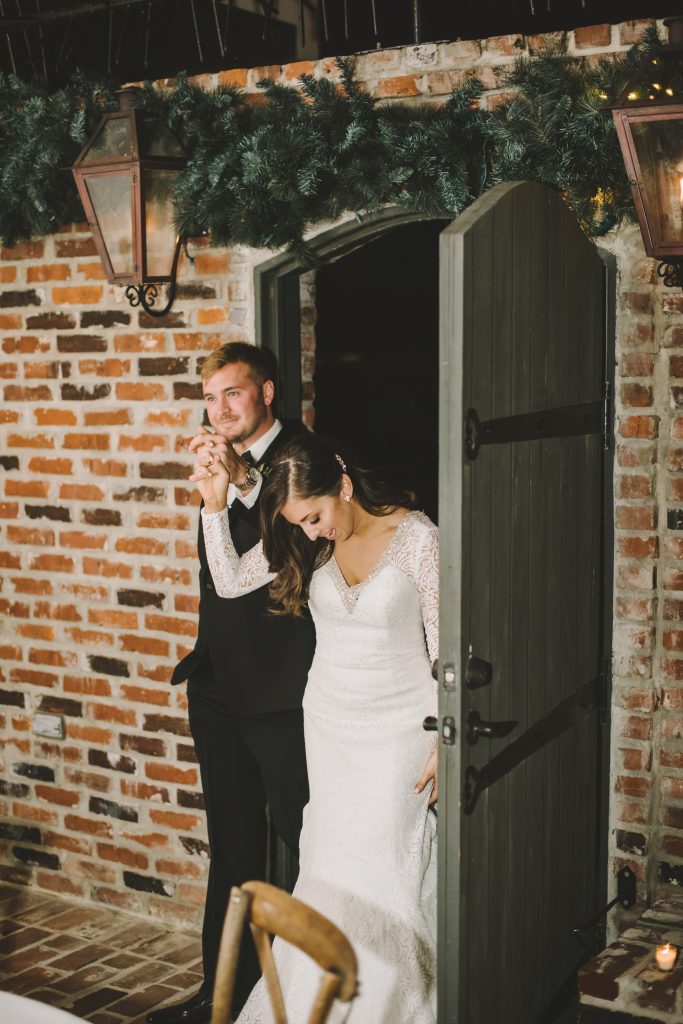 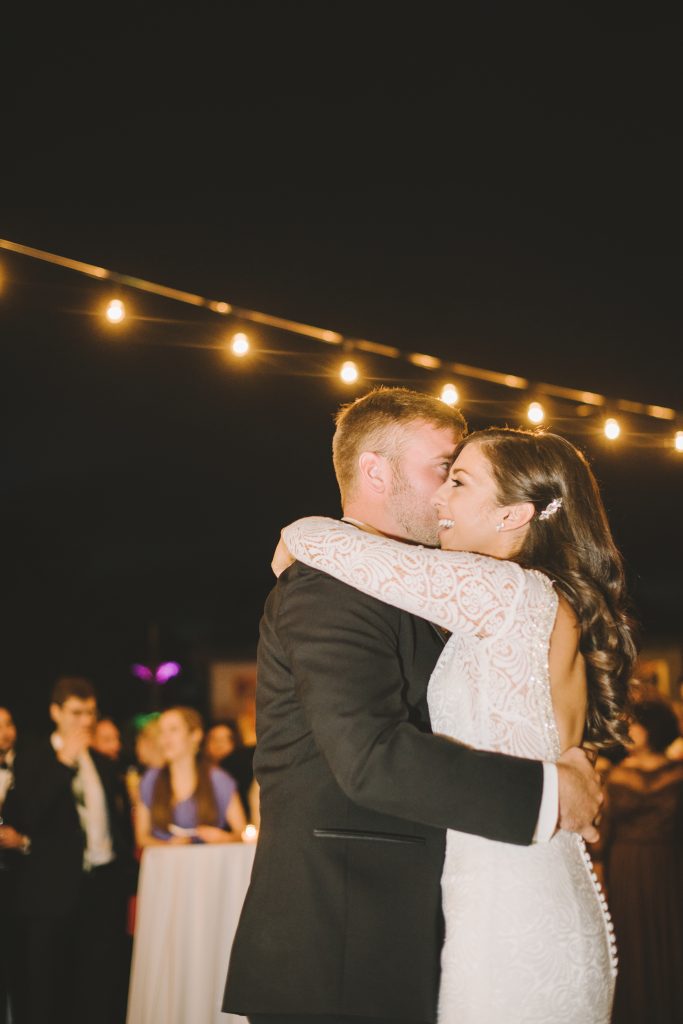 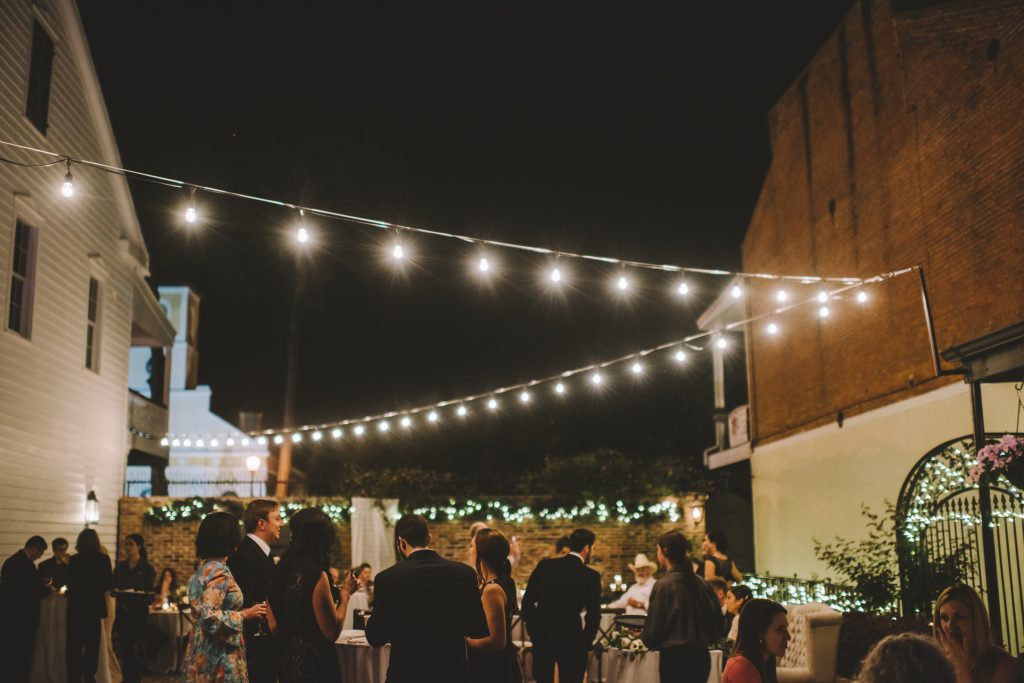 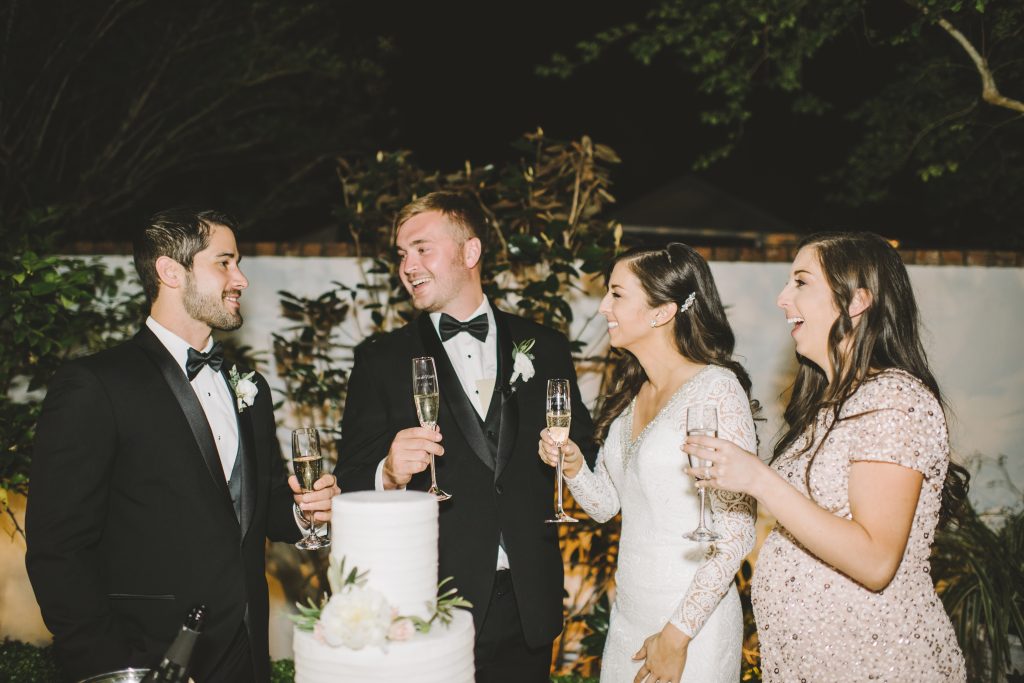 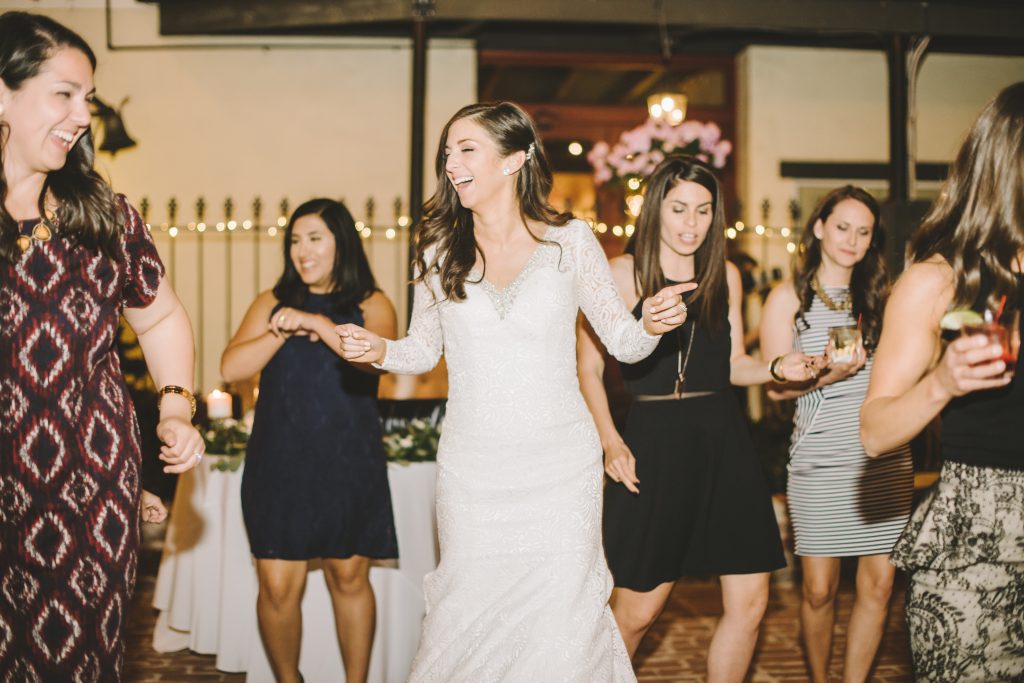 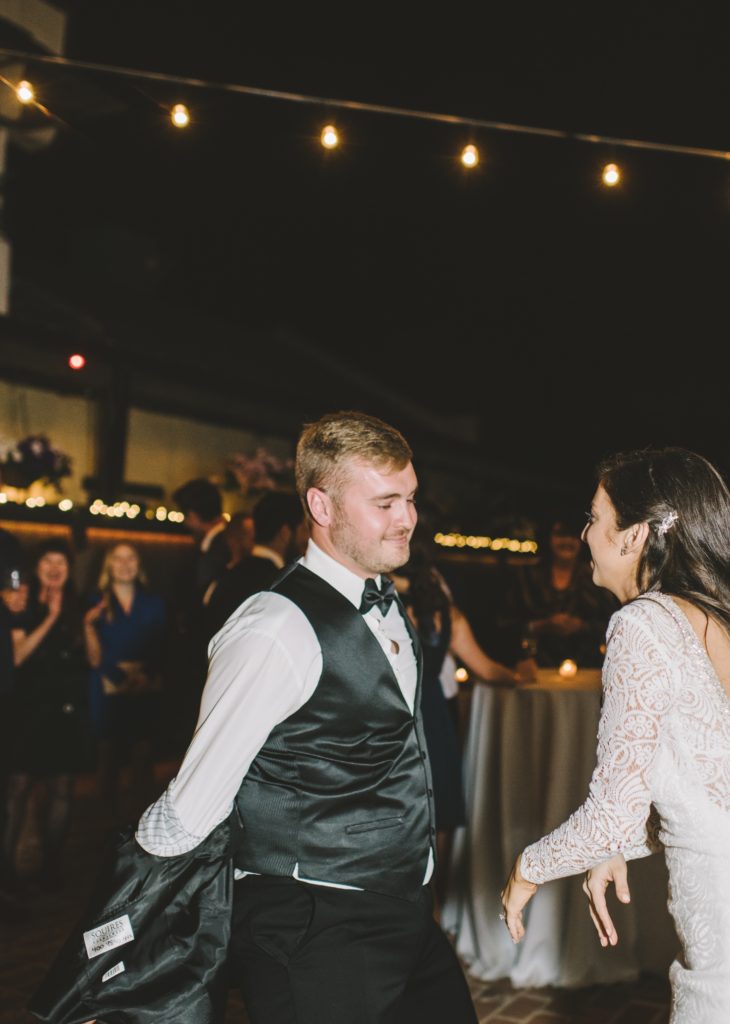 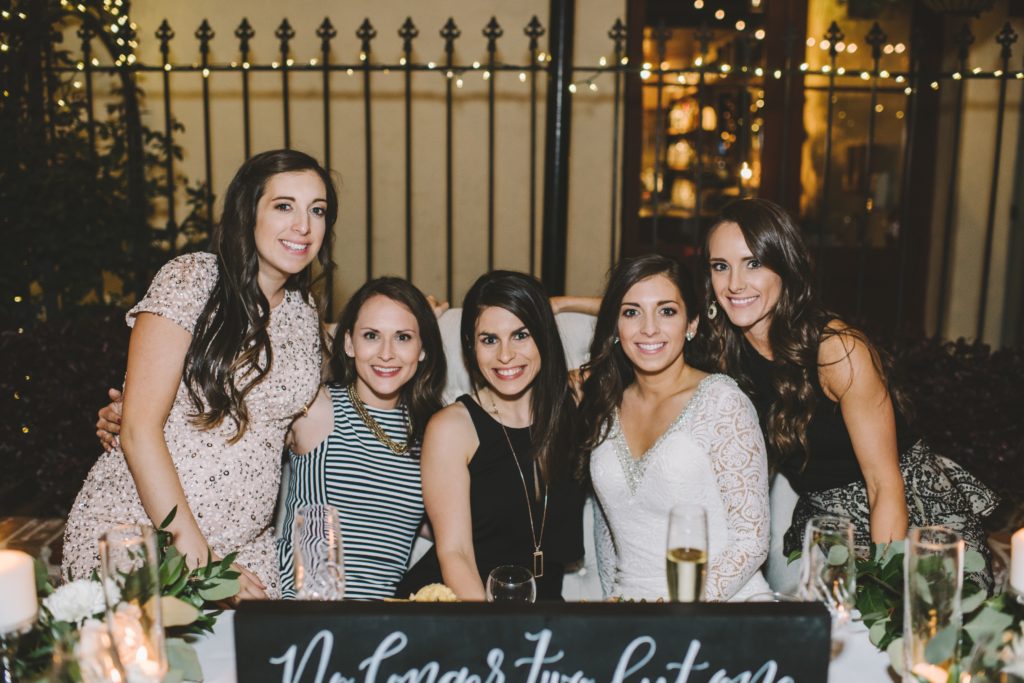 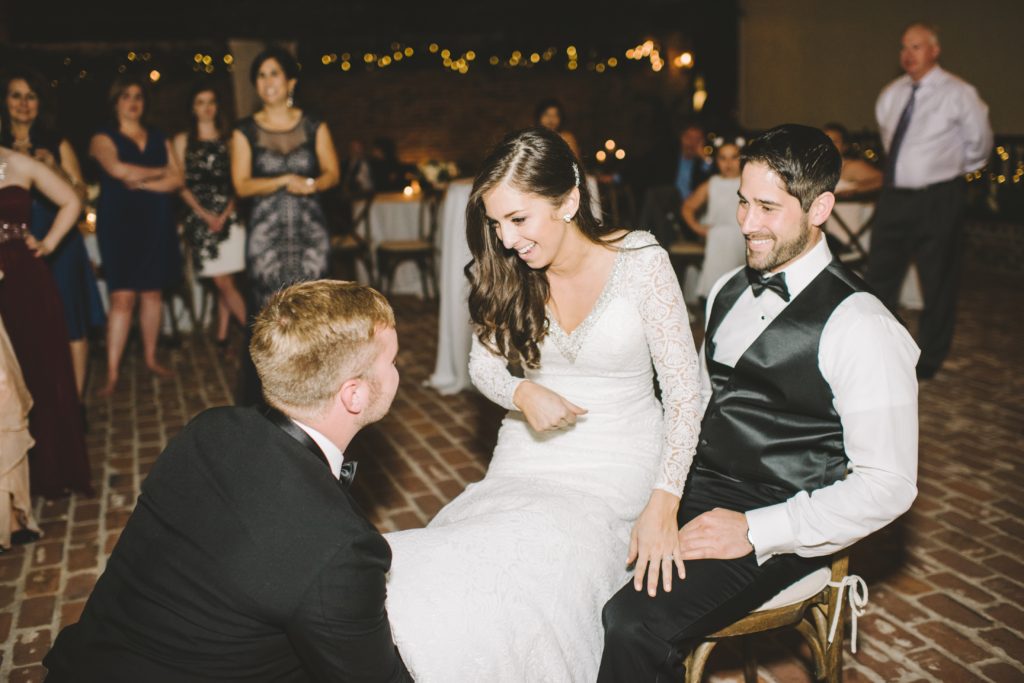 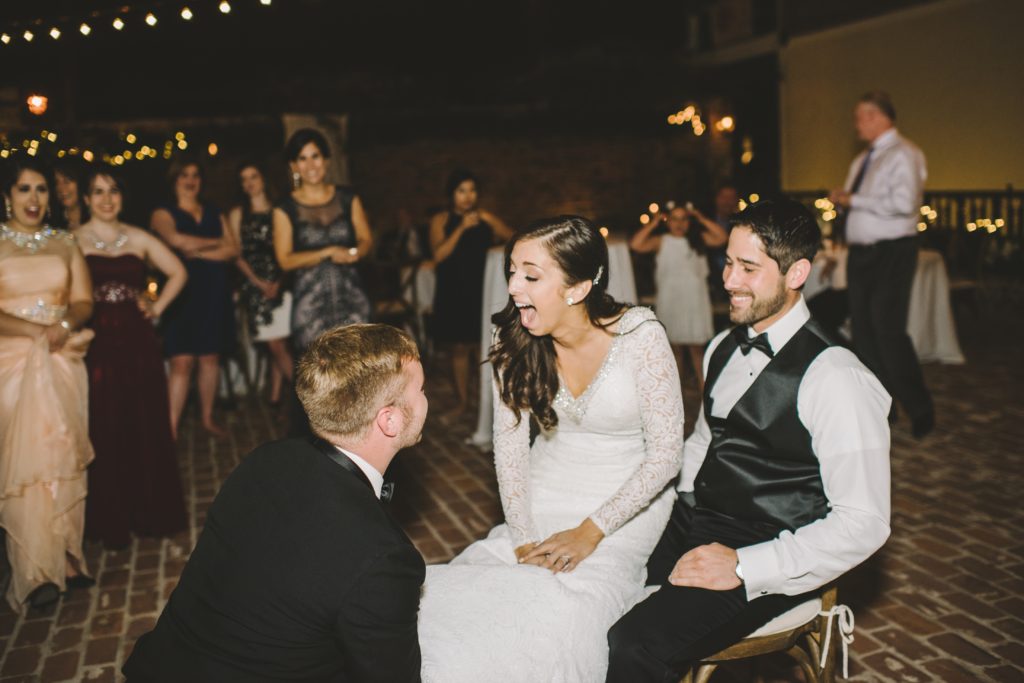 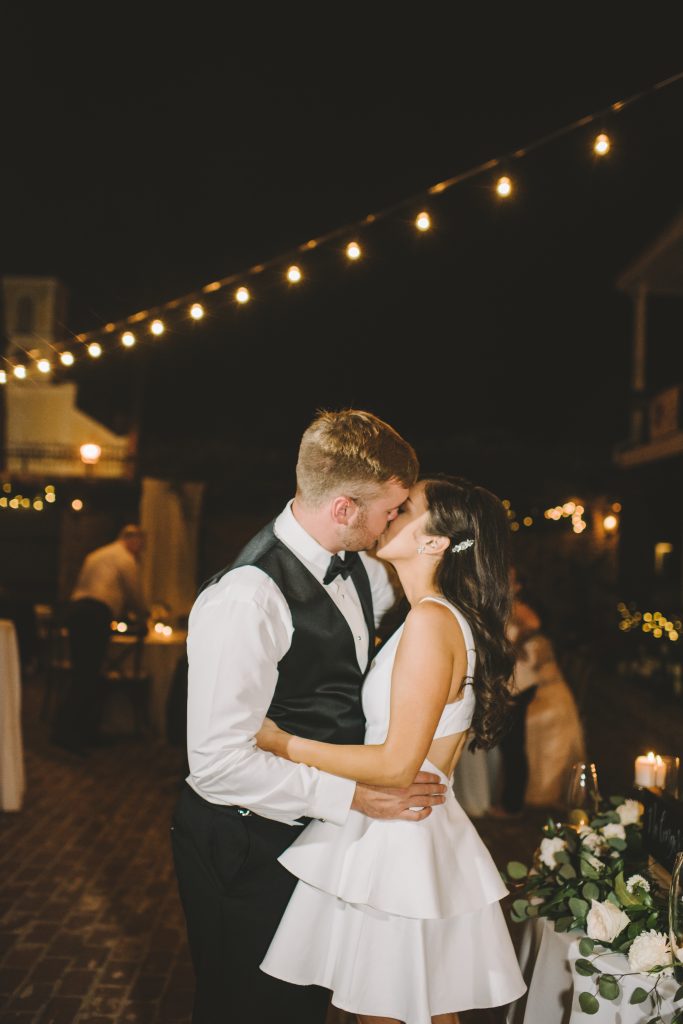 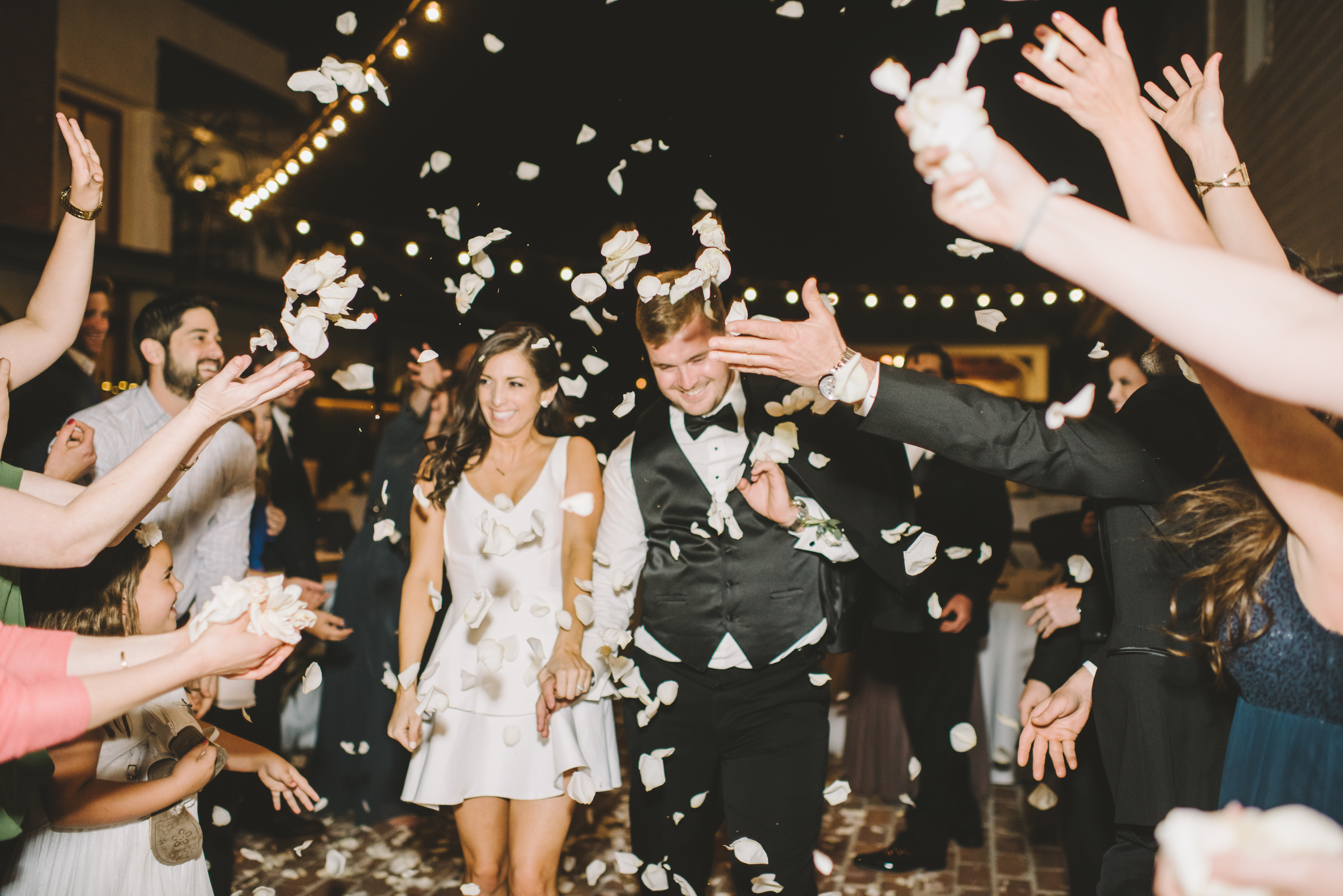 If you’d like to see more from our wedding day, check out the highlight video from our wonderful videographer, Steven, at Odideo. I am sooo glad we decided to book a videographer  for the wedding day. I cannot imagine not having our perfect day to be able to watch for years to come!